Target (TGT) recently lowered its 2022 guidance for operating margins, citing excess inventory and higher transportation costs. Target's statements echo what other retailers, such as Walmart, have said –- supply chain disruptions and higher transportation costs are beginning to crimp margins. Target's newly revised guidance calls for 2Q operating margins to be around 2%, rising to 6% in the second half of 2022. According to Visible Alpha consensus, analysts are currently estimating that 2022 operating margins will be around 5.1%, down from over 8% when forecasted in May.

Following analyst revisions outside of the retail sector and up the supply chain were signaling these issues weeks earlier. Rising estimates for container shipping rates and fuel costs, for example, could have been taken as a harbinger for what retailers announced weeks later. COSCO Shipping (1919_HK), Asia's largest container shipping company with a large share of the Transpacific and Asia-Europe routes, could be considered a good proxy for shipping rates paid by retailers as roughly 90% of retail merchandise is transported on container vessels. Analysts started raising COSCO’s estimates for 2022E container rates in early April. 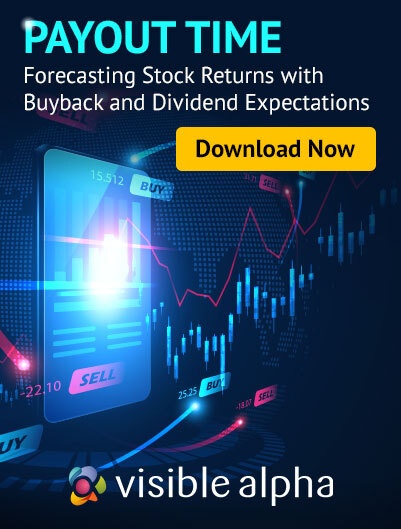