Nike Expected To Recover Faster Than Adidas in China For both Nike and Adidas, the Greater China market is a strategically important growth driver, but after both companies provided updates on how their China sales were impacted during the COVID-19 crisis, analysts forecasted a more optimistic recovery for Nike than competitor Adidas. The updates provided by both companies were strikingly different, with Nike reportedly seeing excellent digital sales conversion when lock-downs began and a remarkable recovery at stores when restrictions were lifted. In contrast, Adidas said digital sales lagged during China’s containment phase and retail sales have seen a more modest recovery.

At the start of the year, analysts thought both Nike and Adidas would see mid-teens sales growth in Greater China for the calendar year 2020, but current consensus is now forecasting 5% growth for Nike and a small decline for Adidas. The most bearish assumptions are less dire for Nike (-2%), while one analyst believes Adidas could see sales fall by 28% Heading into this year, Nike was in a strong position in China, and according to the company, sales were up “strong double digits” in December and January after making significant digital marketing investments and expanding online content. Their Nike expert trainer network, dubbed Nike Training Club, became a major competitive advantage during the COVID-19 crisis by keeping customers engaged and exercising at home. Nike reported that overall China revenues declined by 5% (-4% in constant FX) in 3Q20 (ending February 29), while digital sales grew by over 30%. Since the end of February, Nike said the trend has accelerated as retail stores reopened with digital sales doubling last week. Nike suggested that Greater China sales in 4Q20 (ending in May) will be flat year-on-year, while analysts currently project growth to fall by 1% in 4Q20, with the lowest estimate expecting a 4% decline, according to Visible Alpha consensus.

Without digital content, Adidas may have struggled to retain consumer attention as the company mentioned a lag in e-commerce sales in tandem with retail, and e-commerce sales did not pick back up until they began reopening stores. Overall, the company mentioned that China revenues fell 80% below prior year levels between January 25 and the end of February. Since then, the company noticed that as China’s business activity began to recover, traffic slowly started picking up. The company said, as a result of the impact of COVID-19, they now expect Greater China sales to be 0.8B-1B euros below the prior year in 1Q20. The lowest current estimate among analysts in Visible Alpha’s consensus is projecting sales to fall by 0.96B euros in 1Q20.

Learn more about the ongoing revisions across every sector on our market volatility resource page. 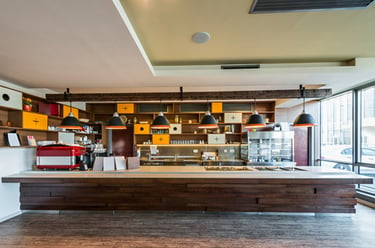 May I Take Your Order? Post-Pandemic Restaurant Recovery

Forced to pivot almost overnight to contactless delivery, online ordering, and increased demand for takeout, restaurants have had to depend on... 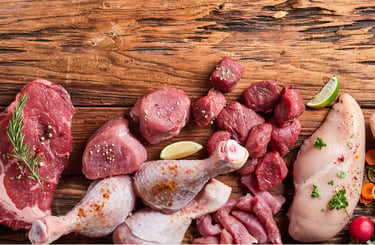 With markets showing high levels of volatility and the Federal Reserve discussing the possibility of raising rates several times this year, investors... 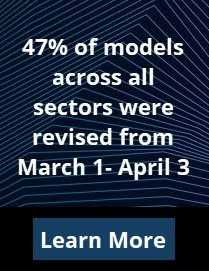