With markets showing high levels of volatility and the Federal Reserve discussing the possibility of raising rates several times this year, investors continue to be hyper-focused on where inflation will land over the next several months.

Visible Alpha’s granular consensus data offers a unique, bottom-up perspective on inflation. With consensus estimates for specific KPIs within every industry, investors can get visibility into pricing expectations sourced from the analysts that cover those industries closely.

Back in July 2021, we examined our consensus data for two companies – Weyerhaeuser and Carvana – to get a sense for how analysts expected lumber and used car pricing to play out throughout the next several quarters, finding that analysts broadly expected higher inflation in the then upcoming quarter (2Q21), and moderating rates of inflation in the following quarters.

In this article, we re-examine these companies to see how expectations have changed within those industries. We also look at Tyson Foods to get a sense for where market expectations might be for meat prices within the food at home category.

Overall, we find that analysts in general expect realized prices to either decline or for the rate of increase to moderate from 2Q22 onwards for used cars, meat, and lumber.

Within the CPI, the food-at-home index has seen some of the largest increases, with the BLS reporting a 6.5% increase over the last 12 months in the January print. Within that group, the meat, poultry, fish and eggs index was the largest contributor to inflation with a 12.5% increase over that timespan. What might analyst expectations suggest for this group going forward?

Using Tyson Foods, one of the largest meat processors in the world, as a proxy for meat pricing more broadly, we find that analysts expect prices to remain elevated until 2Q22. Analysts expect pricing for Tyson Foods to have grown by 18% year-over-year in 4Q21 and 11% in 1Q22 before moderating to a 2% growth in 2Q22 and declining thereafter. Within categories that analysts forecast for Tyson, beef is believed to have seen the largest increase with a 21% increase in 4Q21, and analysts expect this to continue with a 14% increase in 1Q22.

Previously, we examined Carvana retail pricing to get a sense for broader industry trends and found that analysts expected prices to peak in 2Q21, and then flatten thereafter.

Lumber: Analysts continue to expect a moderation in prices

We last examined Weyerhaeuser (NYSE:WY), one of the largest lumber producers, for readthrough on lumber prices. After updating the data for the company, we find several tweaks to estimates, but a similar conclusion as in our previous analysis.

Despite these tweaks, analysts overall still expect a continued moderation in realized prices for Weyerhaeuser, mostly from 2Q22 onward. Prices in 3Q21 have already declined 24% from peak levels, and analysts expect prices to reach $403 in 4Q22 (which is still almost double pre-Covid price levels).

We find similar trends after updating the numbers for other industry players such as West Fraser (NYSE:WFG) and Canfor (OTCMKTS:CFPZF). Glancing at the averages across the rest of the industry shows similar expectations, where slight adjustments were made up or down for certain quarters, but analysts continue to expect an overall moderation from peak prices seen in 2Q21. However, unlike Weyerhaeuser, many of the others are expected to see a closer return to pre-Covid levels. The group average is expected to return to levels 19% above 1Q20 prices, whereas Weyerhaeuser is expected to remain 64% above 1Q20 prices.

How Long Will Inflation Last?

Six months ago, we had asked whether inflation would prove to be transitory, as the Federal Reserve had expected. Today, with prices still elevated, analysts pushing out expectations for price moderations in our observed industries, and the Federal Reserve acknowledging that inflation has been more persistent than previously expected, the environment has changed.

Going forward, investors are now focused on how long inflation will continue, and the actions needed by the Federal Reserve to get pricing back to more normal levels. Visible Alpha’s consensus data and analyst estimates on lumber, used car pricing, and meat pricing help investors by providing an alternative perspective on current expectations from those closest to the industries themselves. 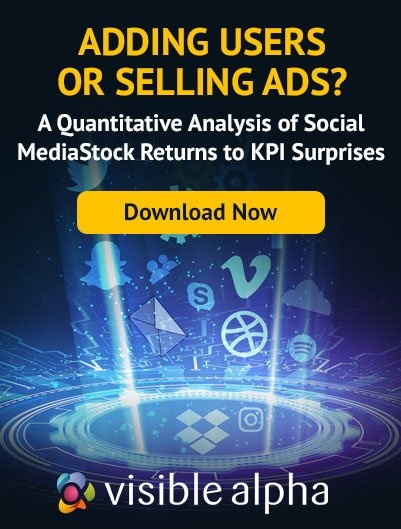